Carolyn and Peter’s wedding ceremony at the Enoch Turner Schoolhouse, solo violinist, May 3, 2014, Toronto ON

The bride and groom were married in the historic Enoch Turner Schoolhouse, founded in 1849 as a school for Irish immigrants, many of them fleeing the great famine in Ireland-the the theme of a new and happier life runs through the very foundation of the building. First for immigrants seeking educations, and now for brides and grooms looking for anew life together! The prelude started with light classical music, with our violinist performing Vivaldi’s Spring from the four seasons as a highlight among other pieces. At the start of the ceremony, the bridesmaids walked in to the stately Charpentier Prelude from Te Deum, and the violin player seamlessly switched to the Wagner Bridal March, as the bride processed down the aisle, up to the front. For the signing oft the marriage license, Bach’s Wachet Auf was played, and this is always a nice choice for the signing, as it flows very well, but does not overshadow anything. As the couple was first presented as man and wife, Handel’s loud, fast and exciting music from the royal fireworks, a hornpipe dance was expertly performed to a happy audience. 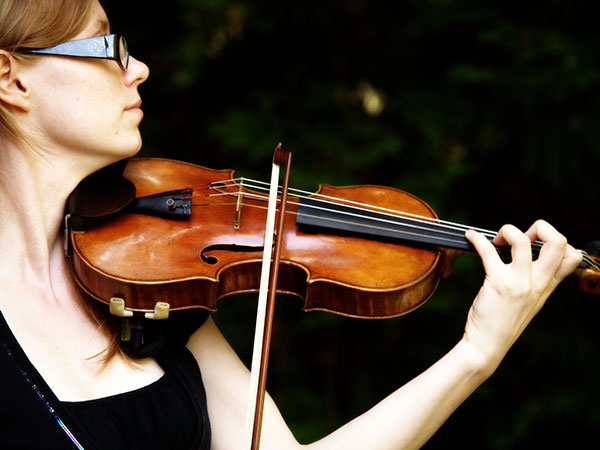